Several weeks ago local and regional preservationists united in an attempt to raise awareness of a potential demolition of four historic buildings in Cincinnati’s West End neighborhood. Emails were sent, calls were made, and awareness was reached to a certain extent.

Paul Wilham led these efforts locally and did not have much luck in getting a response back from the Mayor’s office on the matter. I sent my own email out on January 9th to all nine members of City Council and the Mayor’s office. Last week I got a response from Council member Leslie Ghiz (thank you) that included comments from the City’s Code Enforcement Division and Historic Preservation Department. 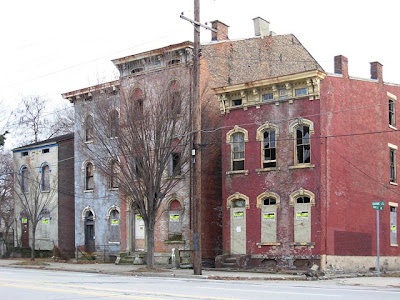 In the response there were several pieces of useful information. Code Enforcement clarified that the City primarily funds its demolitions with Community Development Block Grants (CDBG). This money is not allowed to be used in demolitions that might have an “adverse impact on a historic structure” as is the case for the Bank Street properties (Streetview). As a result of this contingency, the City engages in very little demolition work of historic structures.

In the particular case here it is the private owner who is preparing to demolish these structures – not the City. The current owners, the Reed family, have applied for the demolition permits and can go forth with the demolitions as planned unless something extraordinary happens.

The Reed family has been the subject of code enforcement actions in the past. Criminal prosecution even occurred in relation to compliance issues for 839 Bank Street. As a result the City has attempted to secure the buildings by barricading them on seven different instances since 2006. The Division cites that they have “no immediate plans to demolish these buildings by governmental action,” and that the owner can choose to either demolish the structures as they currently have planned, or they can bring the properties into compliance through repair.

The question was then asked if approval is needed, from the Historic Conservation Office, for private demolition in this historic district. The response was that in this particular case the answer appears to be “no.” 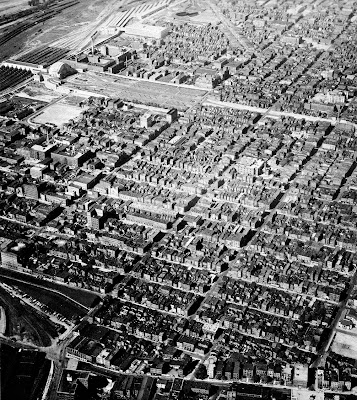 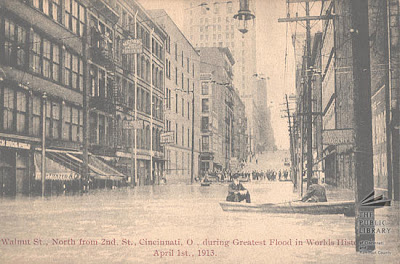