Cincinnati Habitat for Humanity (CHFH) began construction on two homes in College Hill over the weekend. The home located at 1141 Homeside Avenue (map) is Cincinnati Habitat’s first ‘green’ home. The house was designed by The American Institute of Architects Committee on the Environment (AIA COTE).

The design, for the home, won an architecture competition held last year with Cincinnati Habitat for Humanity, AIA COTE, and other Ohio Habitat affiliates. Entries were judged on cost, ability to build, and neighborhood context, in addition to integration of environmental strategies including impact on the site, water efficiency, energy use, material use and indoor environmental quality. The first place winners of each category are being built throughout the 2010 build season in Cincinnati, Cleveland and Newark, Ohio, and the designs will be made available to all 70 Habitat affiliates throughout the state.

An anonymous donor will sponsor this Cincinnati Habitat build, but most importantly, this new green Habitat home illustrates that entry-level home builders of any income can explore and implement green techniques without breaking the bank.

The home site in College Hill is characteristic of dense pre-war suburbs that are typically found in older American cities. These neighborhoods are often served more efficiently by public transportation, thus reducing auto dependency and factoring into the National Association of Homebuilders Green and LEED scoring. The design of the new home is by architect and LEED AP, Allison Beer and project designer Jessica Farmer, both of whom are donating their services while also being supported by their firm SHP Leading Design.

The four bedroom, one-and-a-half bath home has many green features, including high performance windows, a ground source heat pump, low VOC carpeting, and an Ecogrid driveway/sidewalk that allows stormwater infiltration. Organization leaders say that the model will serve as a prototype for changes CHFH hopes to incorporate into future builds.

Once the four-month build is complete the home will belong to Felita Jordan and her two daughters who are excited to move into the new home.

“My children and I are a loving family and we have been waiting all of our lives for an opportunity like this to build and buy our own home,” said Jordan. “Our current apartment is very crowded and we need more space. My family is so excited to have our own home. It is something we have always wanted.” “The Mother of All Beer Weeks” is upon us and as always it provides the opportunity for beer enthusiasts, casual observers, industry professionals and everyone in between, to experience and celebrate the honored traditions and spectacular experimentations that make American Craft Beer world class.

Founded in 2006, American Craft Beer Week is the largest, nationwide initiative to focus purely on US craft brewing and beers, with over 200 breweries formally participating in 2009, to go along with thousands of other “unofficial” coordinated events in each of our 50 states. Locally, you can kick-off the week tonight at one of downtown Cincinnati’s best beer spots, JeanRo Bistro, with their weekly “Half-Price Pint Night” and an expanded selection of draft beers on one of their 12 taps.

On Tuesday, May 18, Milton’s Prospect Hill Tavern is hosting a tasting event that will feature Moerlein Lagers & Ales paired with an assortment of cheeses from select Findlay Market vendors. The cost is $4 for six, three ounce pours accompanied by the cheeses, and Moerlein Brewers and staff have promised to be on site to discuss the pairings.

“Hump Day” provides an added bonus because while the work week may be half way completed after Wednesday, there are still four full days of American Craft Beer Week left to enjoy. Among other options on May 19th, Marty’s Hops and Vines in College Hill (map) is offering a beer tasting from 5:30pm to 8pm, and the Catskeller is hosting their “Pint Night” from 6pm to 10pm. Tucked away in the Tangeman University Center, smack in the middle of the University of Cincinnati’s Main Campus, the Catskeller is a hidden gem with good tap and bottle selections that is doing an exceptional, and location appropriate, job of craft beer education.

On Thursday, May 20th, head down to Fountain Square and join the festivities at what is currently Cincinnati’s only brewpub, Rock Bottom Brewery. There will be an open house in the brewery throughout craft beer week and during happy hour, and “Beer 101” packets will be available with an illustrated beer making process, for those that are either unfamiliar or interested in learning more about the specifics of brewing. In addition to award-winning brewmaster Mitch Dougherty’s regular rotation of brews, Thursday brings the tapping of a Firkin as well. A Firkin is a cask of beer that is drawn manually with a hand pump and served at the appropriate “cellar” temperature as to assimilate the traditional British pub methods that have been enjoyed for centuries.

There are quite a few events around town this weekend including a Saturday beer tasting at Ludlow Wines in Clifton’s Gaslight District, the 2nd weekend of the Moerlein Biergarten at Findlay Market, and Sunday’s “Pubfest” at the Rookwood restaurant in Mt. Adams from 12pm to 4pm. $25 secures 25 beer tasting tickets, free food and live music. You can mingle with a multitude of beer reps, while enjoying craft beer from producers such as Rogue, Bells and Dogfish Head in the historic Rookwood location.

While obviously the next seven days provide ample chance for the enjoyment of craft beer at any number of organized events, the opportunity is also there to embrace the spirit of American brewing and branch out to explore new environments and experiences. With a rich brewing tradition, Cincinnati is full of beer bars and local watering holes that are just waiting to be discovered. Grab some friends and head out to celebrate American Craft Beer Week and raise a glass to toast an industry that so truly embraces the creative and entrepreneurial spirit of our great country. Please enjoy every delicious sip responsibly. Cheers!

The College Hill neighborhood business district (NBD) is one of my newest favorite NBDs in Cincinnati. It’s not often that I’m up that way, but I think I’ll be heading there more often after my past few experiences that have left me wanting more out of that neighborhood.

College Hill Coffee Co. is located at the northern end of the business district and is a third place and anchor for the neighborhood. I spent last Wednesday there and it didn’t seem like that long until I looked down at my watch and realized I had spent over three hours there.

They have some great coffee, good food offerings, table service, a small retail area and a comfortable environment to hang out that features free wi-fi. Here are a few pictures I grabbed of the interior while I was there. 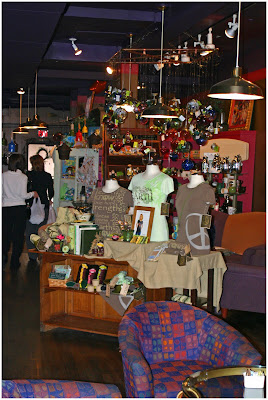 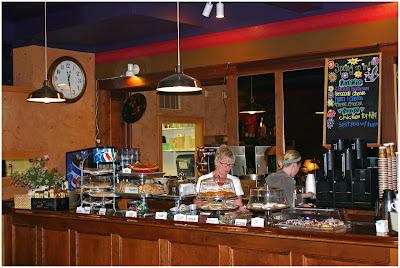 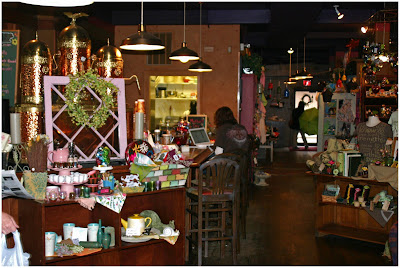 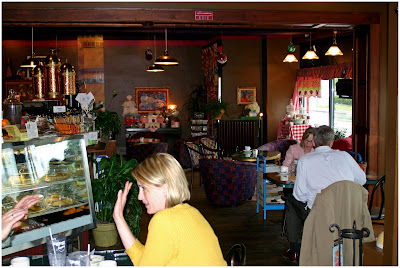