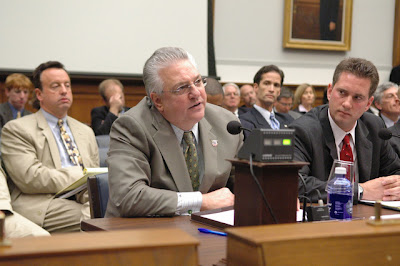 Ohio’s plans for the 3C “Quick Start” passenger rail project can include speeds of up to 110mph without the need for new track construction according to a release from Linking Ohio – a citizen advocacy group started by All Aboard Ohio.

Recent news reports have indicated that top speeds of only 79mph would be possible due to current regulations, but the advocacy group cites Section 24308 of Title 49 of the United States Code that has a process that would allow systems operated by or for Amtrak to operate on freight corridors at these accelerated speeds. The appeals process would be heard by the Surface Transportation Board who would then determine whether the accelerated speeds would be safe for the proposed corridors.

Those behind Ohio’s 3C “Quick Start” Project say that while the higher speeds are possible, they are not necessarily desirable for the initial start.

“Experience with other new start passenger rail services show that improved reliability, frequent service, convenience and service amenities are important factors in attracting riders,” said the advocacy group in the release. “The 3C “Quick Start” Project has consistently been communicated as a first step to bringing high-speed passenger rail to our state, and in order to quickly offer this travel option to 6.8-million Ohioans living along the 3C corridor, Ohio can implement speeds at 79mph by making some initial upgrades to the existing tracks now being used solely for freight transportation.”

“Once the initial service is up and running at 79mph, the State will begin implementing additional corridor upgrades to achieve 110mph service using the existing track infrastructure,” Linking Ohio stated. “However, there are steps and negotiations with freight railroads that will need to be navigated in order to increase speeds.”

Following this initial quick start process, officials hope to upgrade the system to even higher speeds reaching 125mph – the optimal speed for rail service between cities 100 to 500 miles apart. Any service reaching these speeds will require its own separate right-of-way and tracking. With 79mph passenger rail service not scheduled to start until 2012, 125mph service or above is something that appears to be a decade in the making.