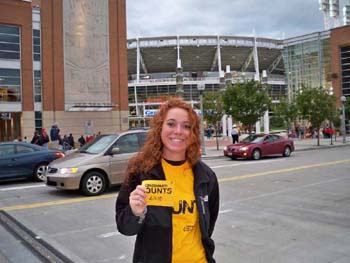 Today is national Census Day in America, and Cincinnatians need to be certain they send their completed Census forms back as required by law. The U.S. Census is conducted once every ten years and helps give policymakers a picture of the nation. Over that ten year period, the Census influences the allocation Congressional seats, billions of public dollars that go to schools, parks, roads, police and more.

In Cincinnati alone it has been estimated that the city was under-counted by some 45,000 people in 2000. Over the ten year period since the last count it is projected that Cincinnati’s under-counted population resulted in the loss of $104 million in public funding.

Historically urban areas are the most difficult to count, but it is imperative that a high response rate is achieved to ensure that Cincinnati gets its fair share of funding for critical public assets. In Ohio’s other major cities the story is much the same. Columbus comes in at 39 percent, and Cleveland has only 32 percent of their households reporting.

The ten question form is simple and easy to complete. In most cases it will take you just a few minutes to complete. We won’t have another shot at this until 2020, so make sure you turn those forms in right now.

STUDENTS AT AREA COLLEGES: The Census counts how many people are living at a particular place at a particular time. So regardless of where your permanent address may be you should fill out the Census for where you are living as of April 1, 2010. If your parents still claim you, and your permanent residence is listed as somewhere else that is fine, but you should fill out the form for where you are living now.