The first decade of the 21st Century has been an interesting one to say the least for Cincinnati. Two new professional sports stadiums rose from the riverfront, mega projects throughout Downtown have transformed the center city, civil unrest shook the city to its core, and a neighborhood on the brink of total failure has seen one of the most dramatic turnarounds in recent time. Billions and billions of dollars have invested into our city’s urban core, and our region is better off as a result.

If you had to pick one story line that defined Cincinnati over the past decade it would have to be the story of Over-the-Rhine. The long troubled neighborhood was brought to its knees following the civil unrest in 2001 just as the neighborhood was starting to pick itself back up in the form of a rejuvenated Main Street Entertainment District that included residences, businesses, and lots of nightlife.

Crime rates rose, abandonment became more problematic, and investors became wary. But in 2003 the Cincinnati Center City Development Corporation (3CDC) was formed by then mayor Charlie Luken. Made up of some of Cincinnati’s most influential power brokers, 3CDC was tasked with turning around Cincinnati’s center city by making key investments that would make “tangible” improvements quickly. 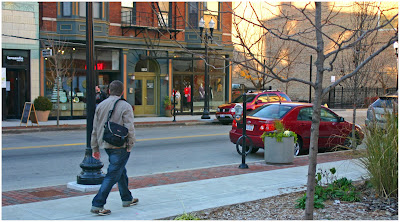 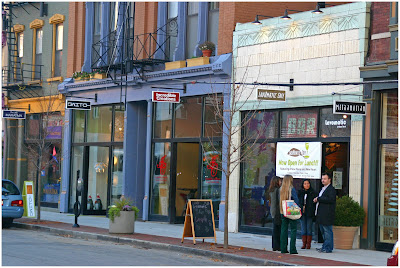 A pedestrian walks north along Vine Street in the Gateway Quarter district of Over-the-Rhine [LEFT] as people gather outside the popular Lavomatic Cafe across the street [RIGHT].

Since its inception seven years ago, 3CDC has renovated Fountain Square and turned it into the region’s premier gathering spot which has sparked millions of dollars of investment in the surrounding area. Early on, 3CDC helped pushed the agenda on the $1 billion riverfront development known as The Banks until they stepped aside and moved their interests towards the historic Over-the-Rhine neighborhood where they have arguably made the most profound impact that any one development corporation could have made anywhere.

It was just earlier in this same decade that Over-the-Rhine was quite possibly hit the lowest of lows, but now, the neighborhood is in the midst of an exciting revival that has grabbed national attention. Millions of dollars have been invests, hundreds of new residents and dozens of new businesses now occupy formerly vacant structures, one of the most dangerous intersections (12th & Vine) has been turned into one of the safest as crime has dropped significantly throughout the neighborhood, and perceptions are changing rapidly about the once downtrodden neighborhood. 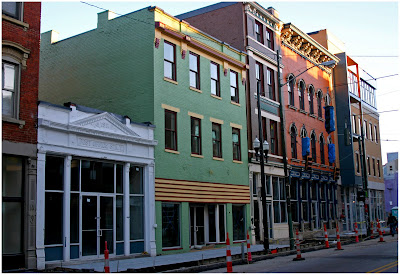 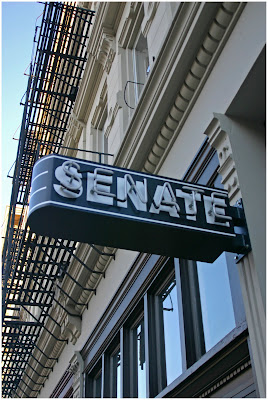 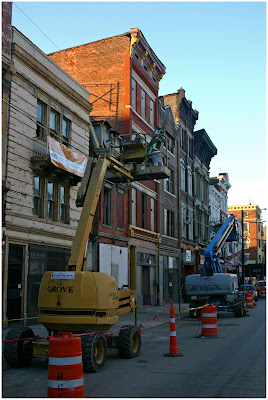 Work nears completion on Model Group’s Trinity Flats infill and restoration project near 14th & Vine streets [TOP]. Senate, a new gastropub, is scheduled to open soon near 13th & Vine streets [LEFT], while work begins in earnest on the latest phase of the Gateway Quarter which will include new apartments and businesses [RIGHT].

3CDC has had a profound impact on our center city for the good over the past seven years, and they plan an even bigger future over the next decade. In 2010 alone the development corporation plans to expand and renovate Washington Park, continue their renovation work throughout Over-the-Rhine, begin renovation of the Metropole Apartment building on Walnut Street to turn it into a swanky new 21c Museum Hotel, further invest in the burgeoning Backstage Entertainment District with even more restaurants, bars/clubs, and new residences.

It may be easy to point to a singular event or item that has had the greatest impact on Cincinnati over the past decade, but when you look at what has been the most transformative there is no doubt that the arrow points to 3CDC. Cincinnati is a better place because of the work that 3CDC has done, and it will prove to be Charlie Luken’s greatest legacy.