In a recent study conducted by Transportation for America, Cincinnati was ranked as the seventh safest city out of the nation’s 52 largest metropolitan areas. Cincinnati was the highest ranking Ohio city (Cleveland #10), and was the third highest ranking city in the Midwest behind Minneapolis (#1) and Pittsburgh (#4).

The study ranked cities based on a Pedestrian Danger Index (PDI) developed by Transportation for America. The PDI was formulated by dividing the average annual pedestrian fatality rate per 100,000 residents by the percentage of residents commuting to work on foot. The lower the PDI, the safer the city is for pedestrians. 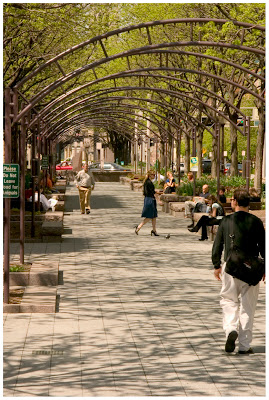 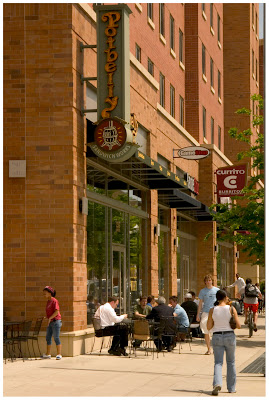 This divide seems to indicate something many of us probably already knew – the fact that new growth areas are less hospitable to pedestrians due to their large urban scales that seem to be out of touch with the human scale. Northern cities that were largely built in the 18th and 19th Centuries feature smaller block sizes, narrower streets, and more compact developed when compared with their southern counterparts.

These design differences create a built in advantage for northern cities as they are much more capable of satisfying pedestrian commuters. But while northern cities boast nominally better rates of those commuting by foot, the real difference is in safety. For example, the second most dangerous city, Tampa, FL, has 3.52 deaths per 100,000 residents on average each year, whereas Cincinnati has a rate of just 0.77.

But what does all of this mean for Cincinnati? For a metropolitan area of 2,133,678 people that means about 21 pedestrians die each year. This number seems low, but it could still be improved upon, but the real area for improvement is the total percentage of people commuting to work by foot.

According to U.S. Census data, only 2.3 percent of the Cincinnati-Middletown Metropolitan Statistical Area (MSA) commutes to work by foot. New York City and Boston scored highest in this regard with 6 and 4.6 percent of commuters there walking to work respectively. But even in a more similarly built and sized city as Cincinnati, Pittsburgh boasts the third highest rate overall with 3.6 percent of their commuters making the daily grind by foot.

So if safety isn’t the issue in Cincinnati, then what is it? The region as a whole does not boast very dense development patterns outside of Cincinnati city limits and a few other pockets like Hamilton, Middletown, northern Kentucky’s river cities, and Norwood. Furthermore, the areas that are appropriately designed lack any clear amenities for pedestrians like crosswalk counters, scramble crossings at high pedestrian volume intersections, or curb bump outs. Another major detractor is the lack of barriers between pedestrians and motorists like bollards, trees/landscaping, or on-street parking. 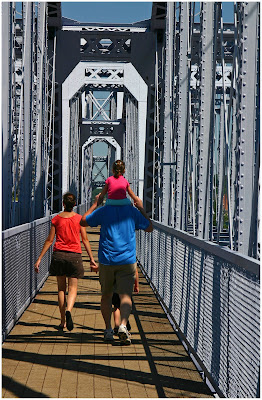 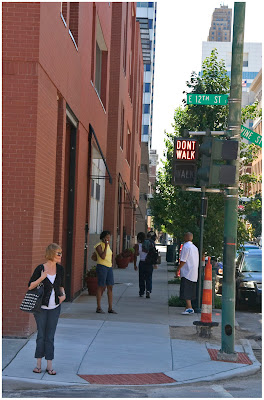 I would also contend that the physical condition of our pedestrian surfaces is also a major factor. Fully taking advantage of the Federal Government’s Safe Routes to School program is a critical piece of the puzzle, but so is the ongoing maintenance of our pedestrian surfaces. This may be tricky in the low-growth Midwest and northeast, but solutions like rubber sidewalks provide long-term maintenance savings in addition to the overall improvement in surface quality for pedestrians.

It seems like a reasonable goal for the Cincinnati-Middletown MSA to strive for a 1 to 1.5 percent increase in the number of individuals commuting to work by foot. Old growth cities have been blessed by their design so far to have a natural advantage over new growth southern cities, but much more could be done to improve the designs of our modern transportation networks and our communities to make things even better for people in the nation’s 7th safest city for pedestrians.