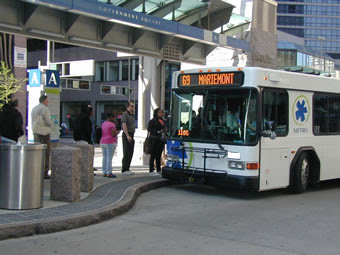 Earlier this month Metro officials looked for public input on how to balance their budget and deal with potentially massive service cuts and/or fare hikes. After weighing the public’s input Metro officials have now come up with a proposal that will represent a 12 percent service reduction combined with fare increases to balance the budget that is facing a $16+ million shortfall.

“We listened to our customers, both at the public meeting on Oct. 2 and through surveys. Most were willing to accept a fare increase with a smaller service reduction, which is the option we are recommending,” said Marilyn Shazor, Metro’s CEO. “Our goal has been to preserve as much service as possible for our customers. But we’re facing a $16 million shortfall next year and the money only stretches so far. We are required by law to have a balanced budget.”

The fare increases, proposed by Metro, are subject to Cincinnati City Council approval, but if passed, will prevent a larger 20 percent service reduction which will save 1 million rides annually and 55 full-time jobs. The new proposed fare increases would result in the following:

Paratransit service would also be affected under the new proposal. Metro officials have not yet come to a conclusion, but the following options are on the table whether the fare increases are proposed or not.