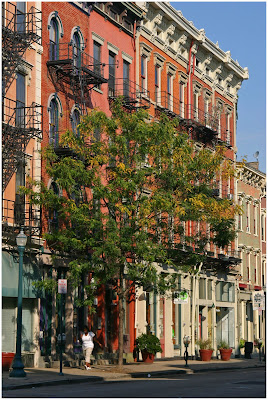 The City of Cincinnati has been facing increasing pressure in regards to its policy on historic preservation, and now intends to create a special task force related to the economic development and historic preservation of one of the nation’s most important historic districts: Over-the-Rhine.

Interesting to note that only five of City Council’s nine members voted for the new task force. Council members Chris Bortz (C), Jeff Berding (D), Leslie Ghiz (R) and Chris Monzel (R) all voted against the measure (all four of these council members are running for reelection this November 3rd).

Remove the cost barriers: Relaxed parking requirements are just one way to remove the cost barriers and improve the attractiveness of investing in urban historic districts. Investment in quality public assets like parks, transportation and other infrastructure help create the dynamic urban environments that many urban dwellers demand. Investing in these improvements at the public level can make for lower capital costs for developers and/or improve the desirability of a historic neighborhood thus making price points more effective for private investment.