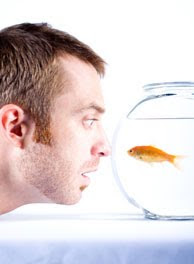 The Know Theater this weekend will feature an intense, futuristic comedy called ‘boom!’ From the theater’s website, ‘boom!’ is “a funny, slightly warped and ultimately hopeful look at the apocalypse that follows a young marine biologist as he prepares for the imminent end of the world.”

I saw the play this past weekend, and was thrilled with it. The entire production included just three spectacular actors, whose interplay harmonizes to create a humorous look at the tensions between hope and fatalism. Maybe I read too much into it, but I thought the play also included an undertone of the tension between intelligent design and evolution, and even spoke to the tension that couples living together experience.

Though the play engaged me on this level, it’s also fascinatingly entertaining, and manages to exist as passive entertainment at the same time. The Know Theater’s intimate setting allows a spectator just relax and enjoy the show. But the opposite is also true. Because of the theater’s intimate feeling, the audience has the ability to fully engage the actors by being so complete taken in with the production on the stage. It’s all up to the spectator.

boom! features phenomenal acting and an incredibly high production value. The show will run 4 times per weekend through November 7, but many of the shows are already sold out. Tickets are just $12, providing an affordable outing. After the show, the bar at the theater opens and the actors come to mingle with anybody interested in talking with them.

The Know is easily served by numerous bus lines. Go to the METRO trip planner, enter your address in the first box and enter the Know’s address, 1120 Jackson Street, in the second box. Couldn’t be easier. If you insist on driving, there is plenty of safe, off-street parking in the Gateway Quarter Garage, accessible from 12th Street. Click here for directions.