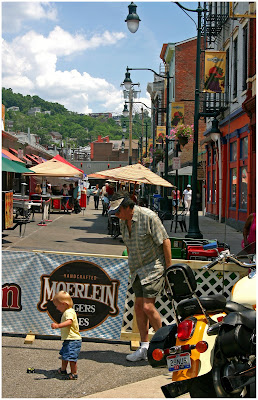 Starting this Sunday, August 16th candidates for Cincinnati City Council will be at Findlay Market’s Biergarten will restore the age-old tradition of gathering at Over-the-Rhine beer gardens for political discussion and debate.

Organizers say that council members, mayors and U.S. presidents gathered in Over-the-Rhine at one its many beer gardens in the 19th and early 20th centuries. “Today, the neighborhood is no longer the epicenter of political destinies that it once was, but it is at the core of numerous issues that impact the entire city.”

Both incumbent and non-incumbent candidates have been invited to answer questions and engage in conversation with the public about their plans for the City. Each candidate will be given 10 minutes to address the public.

The Findlay Market Biergarten opens at noon and will host the discussions from 1pm to 3pm on August 16th and 23rd. Guests will be able to choose from Christian Moerlein, Little Kings, Hudy Delight and Burger beer products.