Robby Ginepri defeated Sam Querrey this past Sunday at the Indianapolis Tennis Championships. The Indy tournament is the first tournament of the Olympus US Open Series that leads up to, you guessed it, the US Open on August 31 through September 13.

What was noticeable about the Indy championship match was the non-sold out center court that seats 10,000. I have annually made the trip up to Mason to attend Cincinnati’s premier tennis tournament now know as the Western & Southern Financial Group Masters, and have grown accustomed to its vibrant feel and capacity crowds. ESPN’s Peter Bodo notes that:

“Indy’s big problem is Cincinnati, which is exactly 103 miles away. Cincinnati is the home of the hugely successful Western and Southern Financial Group Masters (an ungainly title for a great hard-court tournament that is perfectly positioned as the key warm-up event for the U.S. Open). Cincy’s prestige and consistently top-drawer field helps define Indianapolis, but not in a good way. Which tournament would you attend, Terre Haute, Ind.?”

One thing I have been predicting for some time now, is that the tennis powers-at-be have big plans for the Cincinnati tournament. The long-time men’s only draw has been joined by a complimentary women’s tournament that either precedes or follows the main men’s tournament. Just shortly after being around, ATP officials upgraded the women’s tournament to a status near that of the men’s. Facility upgrades including increased seating capacities, box seats and more are on the way for the Linder Tennis Center. 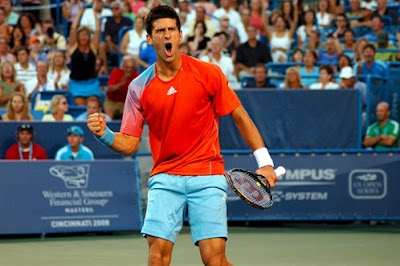 This all seems to be setting the stage for a combined two-week long event that would have both women and men competing at the same time. The end result would make the Cincinnati tournament (whatever it is called at that time) one of the biggest in the world. You would have the four Grand Slam events (New York, London, Paris, Melbourne). The Cincinnati tournament would then be in the next elite tier of tennis tournaments in the world.

If you haven’t been up to Mason to check out the competition of the world’s best tennis players in a fantastic facility and fan-friendly environment, then I suggest looking into getting tickets to this year’s tournament from August 8 through August 23. Check out CincyTennis for all the information on the event, getting tickets and much more.