Is this the future of Cincinnati and the way we run our government here? It certainly seems that way after a string of items that have changed the City’s Charter and began this form of governance. Those items include:

I’m all for the democratic process, but the trend that is forming here is not that. The way our government is supposed to work is by electing individuals to represent us. Those elected officials then make the calls on these specific and important issues. If you like the way they handle those issues, you reelect them, if you don’t, you elect someone else. This is the American way, this is democracy.

We have seen this “direct democracy” or “government by referendum” before in California and the results are in. What has happened is hundreds, and sometimes thousands, of issues are put on the ballot for the voters of California to decide. Often times these are items that trained policymakers should be examining, but are instead being politicized on the most minute level.

As Cincinnatians For Progress points out, this has resulted in a $27 billion budget gap, crumbling schools, the need for dramatic tax increases and the need for the state of California to start issuing I.O.U.’s because it can’t pay its own bills. 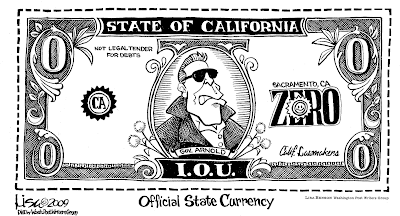 And contrary to what you might originally think, this style of governance is not benefiting ordinary citizens and empowering grassroots movements. The Economist reports that:

“It is not ordinary citizens but rich tycoons from Hollywood or Silicon Valley, or special interests such as unions for prison guards, teachers or nurses, that bankroll most initiatives onto the ballots.”

“Many others, however, now believe that California needs to start from scratch, with a fully-fledged constitutional convention. California’s current constitution rivals India’s and Alabama’s for being the longest and most convoluted in the world, and is several times longer than America’s. It has been amended or revised more than 500 times and now, with the cumulative dross of past voter initiatives incorporated, is a document that assures chaos.”

Surely this is not the form of governance that we want in Cincinnati. It would seem to me that what we actually want is a government with elected officials that are held accountable for their actions. A government that works efficiently and is responsive to the interests of the community and constituents that empowers and employs them.

I for one know I do not want a City Charter that “assures chaos,” or a local government that is constantly in gridlock unable to get anything done. If you feel the same way I would like to challenge you to take action…here’s what you can do: