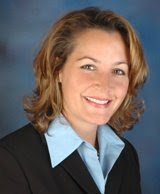 You may very well have heard of the phrase before, but it is something that I often come back to when discussing budget issues especially during an economically troubling time.

There is no doubt about it that we as a community are facing hard times just like the rest of the nation. Luckily for Cincinnati we have fared better than most, but it is almost guaranteed that during times like these that some people will suggest that the best thing to do is tighten our proverbial belts and hunker down until times get better.

Not only is this contrary to Cincinnati’s past where we have built some of our most prominent structures and accomplished some of our most significant feats during tough economic times, but it is a bad move for our communities.

When all the private sector industries are cutting back, and putting people out of work, the last thing we need is government doing the same. What we need to be doing is stabilizing our community investments and looking for opportunities to grow our community and its assets.

Unfortunately the news out today is that Leslie Ghiz (R), who once was a part of the bipartisan coalition of politicians that support the modern streetcar proposal for Cincinnati, is now rescinding her support because of budgetary concerns.

Instead Ghiz would rather “rechannel” $800,000 approved to study Uptown route alternatives , for the proposed streetcar system, to hire two new city prosecutors to “combat blight and nuisance issues” and purchase electronic-monitoring units for Hamilton County so that the county can monitor inmates turned away from county jails who are placed on house arrest.

Not only are the alternatives misguided on a variety of levels, they present the same old tired position in Cincinnati that we stray away from something new, something bold and something that could truly transform the city.

Time and time again we tend to go with safe option and stray away from anything different. While this conservative approach has served us well through many economic downturns by not hurting us too bad, it has also stymied us from becoming the truly great city we could become.

We are no longer considered the “Paris of the west.” Nor are we representative of America’s first boomtown. Instead we seem to fit right in with many of the beleaguered Midwestern cities who also employ a similar conservative approach when it comes to taking bold and decisive actions on new things.

Public safety certainly is important and it is the core function of what government is charged with doing, but at the same time we can not allow public safety to consume all of our resources especially when they are measures meant to react to crime rather than solving the root issues at play that create the criminal behavior to begin with.

The streetcar in this issue just happens to be the most prominent political ploy at this given time and acts as the scapegoat for politicians like Ghiz. In reality the proposed modern streetcar system will revitalize Cincinnati’s center city which will in turn bolster city coffers and allow the entire city and region to be more prosperous.

This prosperity could then in turn be used to fund additional public safety programs or might even act as a means to lifting some people out of poverty and they cycle of crime by providing additional job and economic opportunities. To quote former President Bill Clinton, “it’s the economy stupid.”