The Hudepohl-Schoenling Brewing Co. is on a roll lately. Hot off of their Little Kings re-branding, they are now about the bring back one of Cincinnati’s most fabled beers.

On Friday, May 29th Burger Beer will be relaunched at the Cincinnati Reds Hall of Fame and Museum. The event will go from 6pm to 11pm (short presentation at 7pm) with the first 600 paid admissions ($10) will receive a FREE commemorative Burger Classic Beer Relaunch Celebration/Crosley Field Remembered retro t-shirt.

At the event fans will be able to visit the “Crosley Field Remembered” special exhibit as well as the other permanent exhibits throughout the Reds Hall of Fame and Museum, enjoy some Burger Beer and watch the away Reds game (vs. Milwaukee) in the Palace of the Fans Theater beginning at 7pm.

The relaunching will bring back both Burger Classic Beer and Burger Light Beer. The beers will be available throughout Ohio, Kentucky and Indiana for around $5.99 per twelve pack of cans and are considered full-flavored yet light-bodied American styled pilsner beers. 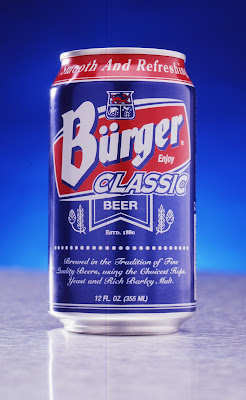 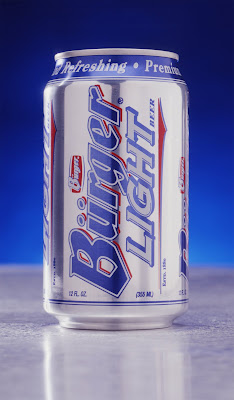 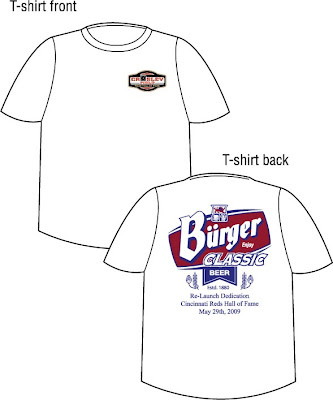 History:
Greg Hardman, president of Hudepohl-Schoenling Brewing Company, has been working aggressively to restore the great Cincinnati beer brands that once made the area known world-wide for its brewing heritage.

Part of that heritage is Burger Beer which was first established in 1880 with the Burger family’s malting business. The family began brewing their own beers in 1934 following the repeal of prohibition and was one of the first brewers in the nation, and first in Cincinnati, to can its beer. Then during World War II, Burger was one of only a handful of brewers selected by the government to supply camouflaged cans of Burger beer to military personnel throughout the world.

Burger Beer was also famous for its marketing slogan, “Vas You Efer in Zinzinnati?” that played off the fondness for Cincinnati’s German Heritage, and was a nationwide hit.

One of the most significant parts of Burger’s past is its relationship with the Reds organization. During the days of Crosley Field legendary Reds broadcaster, Waite Hoyt, during the nearly quarter century that Burger Beer sponsored the Reds radio broadcasts. Hoyt would frequently plug the local beer and would refer to home runs, hit as Crosley, as being destined for the outer reaches of “Burgerville.”