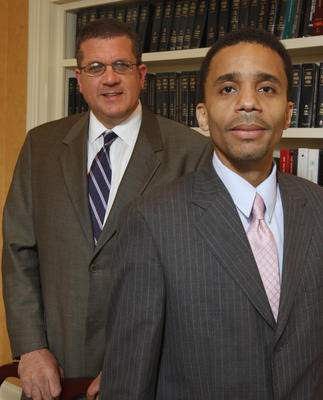 Christopher Smitherman is the controversial President of the local chapter of the NAACP. He has always been a somewhat controversial figure, but his recent actions as the President of the NAACP has led several prominent local black activists to openly criticize Smitherman and the NAACP. Smitherman’s outspoken opposition to the proposed streetcar system, Mayor Mallory and relationship with Chris Finney seem to be leading this dissent within the black community that is causing them to break away from Smitherman. What does this mean for the local chapter of the NAACP, Mr. Smitherman and his current prominent stances on issues like the proposed streetcar system?

Chris Finney is the attorney for the local chapter of the NAACP and the ultra-conservative group COAST. He has been known for his bold stances against minority groups like GLBT and even the black community. This continuation of the relationship between the NAACP and Chris Finney has led many to question Smitherman’s motives.

It gets even worse as one local black activist has alleged that Smitherman is “scaring senior citizens” about the proposed streetcar in order to drum up more support for his personal opposition to the project, and he is doing this all while wearing the suit of the President of the local chapter of the NAACP.

The author of the Black Fist Blog states that Smitherman is, “slithering in and out of area Senior Citizen Facilities/Centers and comparing the building of a proposed Streetcar to “The Great Depression”, and to outright tell to our precious senior citizens that to NOT sign the NAACP Streetcar Petition would be something close to signing on to one of the “Greatest Economic Tragedies” since “The Great Depression” is at the least irresponsible, and at the most could be classified as (mental) elder abuse.”

Not much is clear on any of this aside from one thing – Smitherman is surrounded in a lot of controversy and it appears to be clear that he is in no way truly representing the interests of the black community in Cincinnati. What I truly want to know is what the actual concerns are, from the black community, in regards to the proposed streetcar system. A conversation should be had so that they are engaged and involved in the process to help make this system a success.

In the end this seems to be damaging the reputation and credibility of the local chapter of the NAACP for the sole cause of advancing Christopher Smitherman’s political interests. In a time when the economy is in the pits we really need groups like the NAACP to stand up and fight for the equal rights and standing for the black community…and it seems as though President Smitherman is failing at this.