Rail transit is in its infancy stages in Charlotte, but it is coming on strong. A starter light rail line with dual functioning streetcar service is leading the charge for a northern light rail extension and a new east/west streetcar line that will connect their two largest employment centers (sound familiar).

In the previous Charlotte discussion I covered their attempts at ‘new urbanism’ and how those efforts are impacting the form of suburban Charlotte. Rail transit is having an even more profound effect on how urban Charlotte is built and how it functions. How can Cincinnati learn from these practices, and what can we take out of Charlotte’s efforts to make our own better?

Completed in 2007, the nearly 10-mile light rail LYNX Blue Line has had a major impact on Uptown and South End Charlotte. All along the line you see new infill projects making Uptown a more vibrant and functional place. In the South End, a densely built residential neighborhood is forming in a complimentary way to the historic roots of the neighborhood.

The South End was built around the service of the Charlotte Trolley which operate from 1891 to 1938. A heritage trolley service is once again running today on the same tracks as the heavier-grade light rail. It is amazing to see the corridor of investment along the new LYNX Blue Line through the neighborhood. 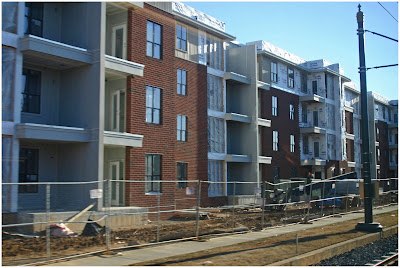 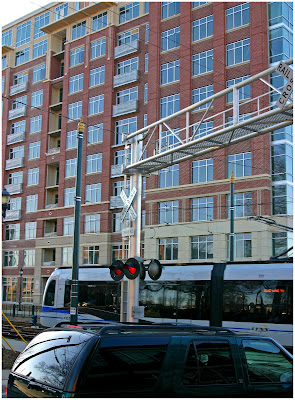 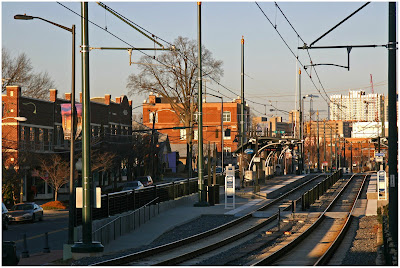 Three to eleven story buildings are popping up all over the South End. There are lots of restaurants, clubs, bars, and shopping. Some (including me and my tour guide) go bar hopping along the light rail line. This was not only very fun, but safe and responsible as well.

It’s not just the scope and amount of development that’s impressive, but it is the quality. An urban Lowe’s has opened along the line with several other more typically suburban stores now taking to a more urban footprint. The residential buildings have street-level retail and are built to the street in a way that is transforming the neighborhood into a walkable, vibrant urban space.

Charlotte’s city center known as Uptown is a financial juggernaut with institutions like Wachovia, and Bank of America calling it their home. While the recent financial meltdown has hurt Charlotte, Uptown is still moving along at breakneck speeds.

The former convention center has been turned into a mixed use commercial entertainment complex (EpiCentre) that draws hoards of crowds on weekend nights. The arena is conveniently located along the light rail line that connects its patrons with Charlotte’s hotels and other attractions. 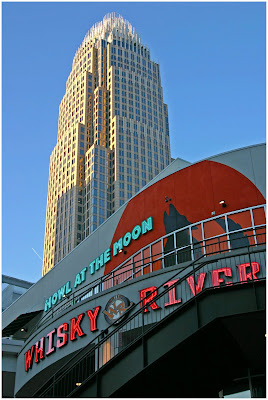 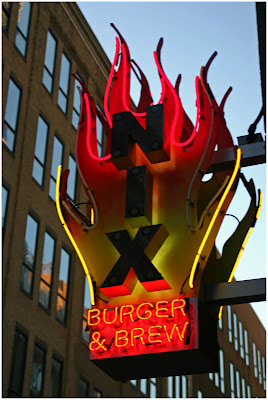 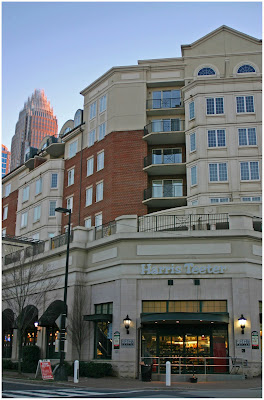 Uptown boasts two full-service grocery stores, a couple residential sub-neighborhoods, Charlotte’s largest employment center, and is the hub of the future Charlotte rail transit network. And like the South End, you can see the clustering of new investment along the light rail line. The existing success of Uptown is being leveraged by this new rail investment and you can see the spread outward from the core.

The reach of the existing light rail line isn’t that great. As a result the functionality often mimics that of a streetcar through the center city area. The travel speeds are low and stations are frequent. This should be resolved with the opening of the new streetcar line that is being constructed as long-term light rail success depends upon car-competitive travel times and costs for its riders.

This will allow the circulator behaviors to occur on the streetcar, and free up the light rail line for faster more commuter-style transport. The eventual scope, of this streetcar line, is to connect the University Park area of west Charlotte with Eastland Mall in east Charlotte via Uptown. This won’t be completed for some time, but the initial phase will connect Uptown Charlotte with the medical district east of center city.

During both of my trips to Charlotte I have experienced high ridership levels on the Blue Line. Both trips did occur on weekends and were often filled with families and tourists, although daily travelers were present and made up about half of the total riders. 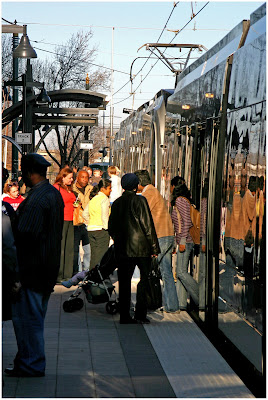 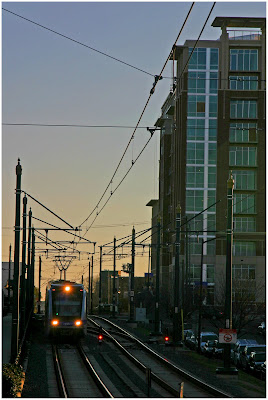 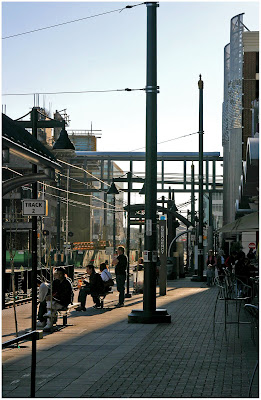 Some families were riding just to ride. Others were taking the light rail to events going on in Uptown and riding back south to their neighborhood. The trains were crowded and were standing room only which had me thinking they could probably add another car onto the train for increased capacity.

Overall the impacts of rail transit in this Queen City were profound. The light rail line was not only generating a new wave of investment, but it was remaking Charlotte in a way many Midwestern cities could only dream.

The investments are bold and long-term. They are dense and are injecting tons of street life into a city and its neighborhoods once devastated by the same policies and programs that blasted through virtually every city.

I wonder how a city like Cincinnati plans to compete without also investing in rail transit? In this new age of social capital and human innovation, we must compete for the best talent and create a dynamic city environment that keeps them coming back. Cincinnati’s peer cities like Pittsburgh and St. Louis already have rail transit. Smaller, more rapidly growing cities, like Indianapolis and Charlotte are building rail transit. So where do we stand, where will we stand, or will we decide to accept the status quo and bet on the current economic trends reverting to the olden days when Cincinnati boomed?

View all of my Charlotte Rail Transit photos here