A couple weekends ago I traveled to Charlotte, NC to visit a friend and learn a little more about a relatively young southern city that also considers itself to be the Queen. I took lots of photos and had a great time. Of my experiences, they can be roughly broken down into two main categories for discussion – New Urbanism and Rail Transit.

These two topics are of interest to me because they are areas in which I think Cincinnati can greatly improve. Aside from being a smaller city that hasn’t really experienced much growth to speak of until the past two decades, Charlotte has done a good job at implementing the components that are defining America’s newest and best cities.

In this article I will discuss a development known as Baxter Village. The neighborhood embodies the ‘New Urbanist‘ ideals that make for a traditional neighborhood design. Now we could debate how “new” these principles are, and just how these development rank in terms of being “urban.” My point is simple. If we’re going to build suburban communities, this kind of development is better than the standard we have grown accustomed to – especially in the Midwest.

Design influences behaviors:
The homes, in Baxter Village, are built on small lots with small setbacks. Instead of large backyards, the community boasts large common areas for children to play and families to enjoy. What this does is promote a greater sense of community and interaction that was quite evident during the time I spent there. 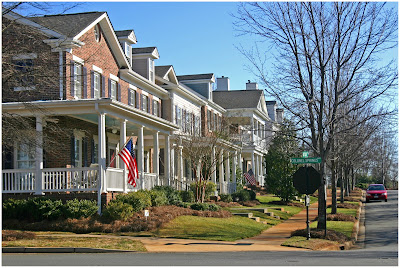 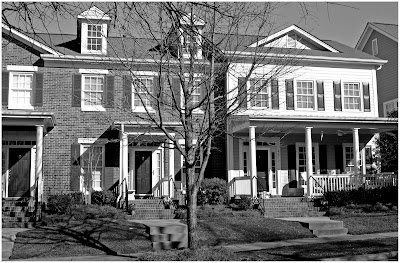 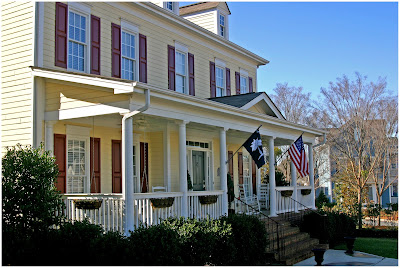 Children played soccer in the street, neighbors chatted with one another from sidewalk to porch, and strangers to the area were even engaged in conversation about the daily joys of dog ownership.

All of this was complimented by the readily available sidewalks that have become more of a rarity than a typical neighborhood feature in our present-day communities. The tree-lined streets provide a comfortable buffer between pedestrians and the slowly moving vehicular traffic, and the large front porches with direct connection to the front sidewalk encourage residents to come out into the open, rather than retreat into the depths of their home or backyard.

Execution:
With these types of developments two things often happen. 1) They become unreasonably priced for any middle-class homeowners. 2) They give off a Disney feeling of cleanliness and predictability.

Baxter Village was able, in my opinion, to avoid falling into the pit of homogeneity, but the prices still weren’t at the levels for most people to consider it affordable. This is unlikely to change until these high-quality developments become more wide-spread thus meeting the demand for such a product and reducing its cost. 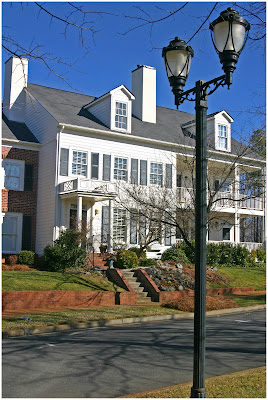 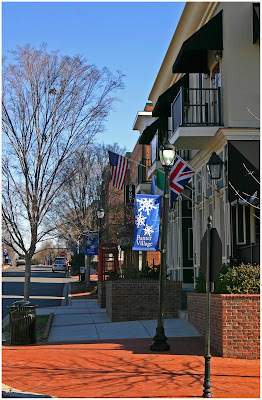 The first problem was avoided through careful mixtures of architectural styles, a long-build out time, variety in home builders, and gradual maturation. If developed right, these neighborhoods can and will mature beautifully as they have all the staples of a fantastic neighborhood.

Conclusion:
In Cincinnati we have been building our communities in a “business friendly” fashion in fear of pushing away any potential investment in our admittedly slow-growth Midwestern city. What this has done is lowered the standard of development and forced Cincinnatians to settle for what works best for the developers bottom line, instead of what works best of our communities and our people.

Maybe higher growth rates will dictate higher demand and a better end product. Maybe our regional population doesn’t deserve such qualities? What I think is that our politicians, and our governing bodies should have the backbone to require such a product that is evident in our older neighborhoods that are thriving to this day. Forty years from now are we going to look back at the neighborhoods we’re building in the exurbs with the same pride and joy as the inner-city neighborhoods we are working so hard to preserve? Unfortunately, I would say no.

View all of my Baxter Village photos here