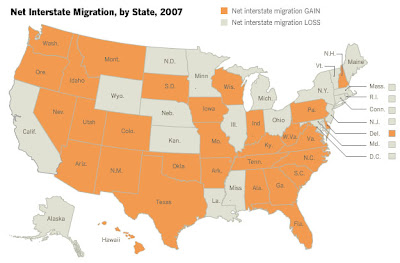 A recent study, by the Pew Research Center, revealed that nearly half of all Americans want to live elsewhere (there’s a shocker). In that survey the three most popular cities were Denver, Seattle, and San Diego. The three least popular were Detroit, Cleveland, and Cincinnati. The survey also showed that many ‘city dwellers’ were unhappy about their living conditions. So what does all this mean, or does it mean anything at all?

Well it’s natural to want something better for yourself and your family. It is also natural to think the grass is greener on the other side. The survey also showed that younger people are more drawn to cities, and that women are the more difficult draw for cities – reemphasizing the indicator species phenomenon with women as noted by William H. Whyte in The Social Life of Small Urban Spaces.

Cincinnati’s own, Brianne Fahey, says that she not only loves Cincinnati, but she loves the city.

Brianne Fahey lives in a city the survey says an overwhelming majority of Americans would prefer not to live in: Cincinnati. Like many other large Midwestern and Northeastern cities, Cincinnati ranks near the bottom on people’s lists of ideal spots.

For Fahey, 30, Cincinnati is truly home. She grew up in North College Hill, a suburb where her parents and friends still live, but bought a downtown condo after college. She gets by without a car in a city that has few mass transit options. “I like the self-sufficiency of the city,” she says. “It’s a good place to be in all stages of life.”

I think Cincinnati does have a lot to offer. I would also say that other Midwestern and Northeastern cities are the same way. We could sit here and talk about the survey’s methodology or psychological behaviors all day. In the end I think people will take what they want to take from the survey, and criticize what they want.

The most significant data there is though is reality. The Cincinnati metropolitan area is a growing region and the city itself is growing too. Public schools are improving as is public safety. And the urban core has more residents and families calling it home than its had in many, many decades. Brianne is certainly not alone even though her story may be silent.