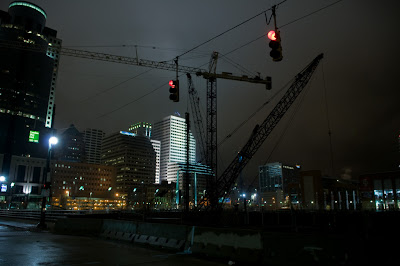 Is it possible? That’s the question I find myself asking more and more lately. Cincinnati has been doing a number of great things lately and the place we all love seems to be making positive strides in a number of areas (i.e. education, public safety). With all of these positive steps forward there seems to be a never-ending list of more items that we all want to see happen.

There seems to be a large contingent of people out there who want to see the region’s transportation system improved. Maybe it’s light rail, streetcars, buses, bridges, or something else. You might like the idea of one, some, or even all of these…or maybe you like parts of some and not of others. That’s not what I’m talking about.

It is not an either/or proposition here. We can have improved bus service AND invest in the beginnings of a comprehensive streetcar system. We can rebuild I-75 through Queensgate and the West End while also incorporating “green” strategies and reconnecting neighborhoods. And I think we can repopulate Over-the-Rhine without also displacing or harming the current residents there. It’s just a matter of will, and I think Cincinnati is starting to build up the necessary will to be able to act in such a way (see The Banks, QCS II). Are you on board?