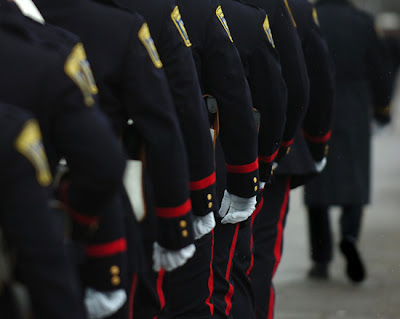 The most important role of government is public safety. Over the past few years this has become the primary concern for voters in Cincinnati as the city reeled from the results of the 2001 race riots. This civil disturbance led to a close examination of how the Cincinnati Police Department conducts its business.

This examination was done by a court-appointed monitor, Saul Green, who closely examined the police department’s actions and procedures for the past six years. The report has been released and the results are very encouraging.

The monitor’s report refers to Cincinnati’s police reform effort as “one of the most ambitious ever attempted – and one of the most successful.” He goes on to say that Cincinnati is now a national model for how these types of reforms should happen.

These efforts of reform have not come alone. They have been matched with aggressive and innovative police strategies to fundamentally reduce violent crime in Cincinnati. The Cincinnati Initiative to Reduce Violence (CIRV) is the primary program of note in this regard.

The CIRV is a long-term effort that focuses on reducing the actual desire for individuals to commit and live their lives through crime. The results aren’t necessarily seen right away, but luckily enough for Cincinnati the numbers are already improving. This is probably a combination of things from Operation Vortex, to a number of major gang busts (see Tot Lot Posse and Northside Taliban), to improved community relations.

The bottom line is that public safety in Cincinnati is improving. This year saw a slight uptick (2005 – 2008 saw 79, 85, 67, 75 homicides respectively) in the overall number of homicides, but was on pace to be even lower than last year’s improved number until the string of non-random homicides at the end of the year. The work must continue and these aggressive and innovative measures should continually be tweaked to be most successful. But at this point Cincinnati, its leaders, and citizens deserve some congratulations.