I know I promised no new posts for awhile, but the moment has struck me with a series of unfortunate events from organizations and people who are there to represent the interests of Cincinnatians.

The local Green Party, local chapter of the NAACP, and Green Township officials continue to let us down. What do these unlikely bedfellows have in common? They all seem to have a vested interest against the improvement of Cincinnati’s transit system beyond that of roadways.

The Green Party most notably led by Justin Jeffre locally has an unusual opposition to the ongoing efforts to bring a modern streetcar system to Cincinnati. Their unusual tactics have included referring to this modern streetcar proposal as a “choo choo train” and likening a streetcar’s functionality and benefits to that of an electric bus. For their efforts, as perplexing as they may be, are still just words and rank them the lowest of the three offenders mentioned here.

Next up is the local chapter of the NAACP. The NAACP has a stated mission of, “ensuring the political, educational, social, and economic equality of rights of all persons and to eliminate racial hatred and racial discrimination.” Seems reasonable enough to me, and you would think an initiative that would improve transit options and service in the center city while also creating many permanent and temporary jobs would be something that the local chapter of the NAACP would be on board with right? Wrong.

The NAACP has made the denying of improved transit for Cincinnatians one of their top 3 priorities for 2009. They have passed the measure internally and have agreed to collect signatures to have the issue put on the November ballot. What is most troubling about this is that they can not put the legislative measure itself on the ballot (as it is not increasing taxes or changing law). Instead they are putting in on the ballot as a Charter amendment. 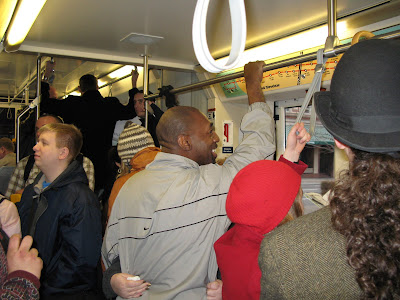 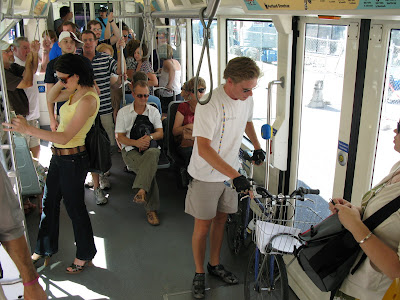 So if the local chapter of the NAACP were to achieve success they would alter the City’s Charter to prohibit streetcars altogether. That means that even if some big company wanted to come in and fund a streetcar system with 100% of their own money they would not be able to do so as it would occur within the City’s right-of-way. I’m curious to look at the language even more closely to see if it would also include something to prohibit light rail or high-speed rail efforts that would also benefit Cincinnatians and their city.

Finally you have Green Township officials. Forget the fact that the State Representatives from this westside community have spoken out against virtually every single rail initiative that this region has seen. We’ll just look at buses – something that several townships and suburban areas, like Anderson and West Chester townships, have learned to embrace over the years.

Green Township is a community with close to 60,000 residents. To its west is the rural portions of Western Hamilton County. To its east and south are the first ring suburbs of Cincinnati including Cheviot, Westwood, and Price Hill. There is little to no bus service for this massive township and Township Trustees are working on getting rid of what is currently there.

During the Legacy Place rezoning effort Township Trustees worked to block Metro from serving the proposed retail development. Their rationale was that they didn’t want to see the same thing happen to Legacy Place (no mentioned tenants) that happened to Western Hills Plaza (home to stores like Target, Bed Bath & Beyond, Old Navy, Bath & Body Works, Sears, and Staples) down the road. Ignoring the obvious racial undertones and prejudice of that statement I’ll assume that they don’t want to see any massive reinvestment in Legacy Place when it too loses its newness.

More recently Green Township officials have been lobbying Metro to remove some or eliminate all of the #33 bus route that runs through the township. With recent Metro budget constraints they figured why continue the fight and decided to cut a portion of the #33 route – one of the only routes in the township – at the township’s request. 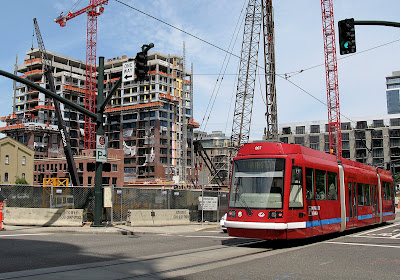 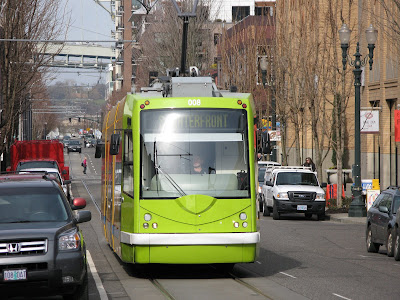