So, is it? I tend to think that it is inevitable, but it does not necessarily have to be a bad thing. The word often comes with very negative connotations, especially when you throw race into the equation. This is exactly the issue in Over-the-Rhine, and it is also not a new one (see Buddy Gray). 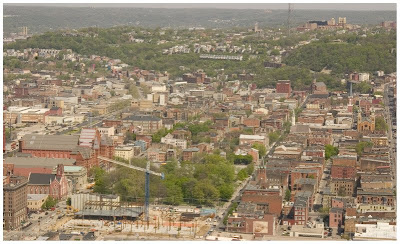 So far gentrification has been taking place in/around the Gateway Quarter, but displacement hasn’t really occurred. Many of the buildings were vacant and there has been an effort, by 3CDC, to keep units at affordable levels. Some of the units have even been arranged to only accommodate individuals within certain income ranges.

As more and more new condos pop up and more new businesses arrive, the question seems only logical. How are we going to deal with the issue of gentrification in our city’s most infamous neighborhood? It is something that will take work and courage from our leaders, and dedication from the developers to do what is right.

The gentrification of OTR doesn’t have to be the divisive/negative aspect that it often is elsewhere. We know what we can do (inclusionary zoning techniques), and we know what we should do. The question really is whether the OTR power brokers will ultimately do the right thing and not displace those current residents just so they can fatten their wallets.