As much bad news as inner-city school districts typically get, Cincinnati Public Schools keeps the positive news coming. In January CPS was profiled on CNN’s Lou Dobbs Tonight show for their improved graduation rates and by eliminating the achievement gap between white and black students.

At the same time construction chugs along on what will become the first and only K-12 public arts school in America. Even better news is that CPS is within reach of attaining an ‘Effective’ rating by the State of Ohio…a rating comparable to most suburban school districts and the highest rating of any urban school district in Ohio. 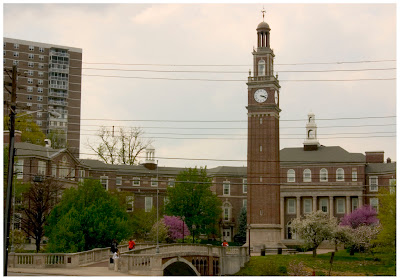 The news out today is that enrollment numbers are higher than original projections by State demographers. Maybe this is another indicator supporting Cincinnati’s claim that population projections, for Cincinnati, are actually higher than projected. It might also be a sign of CPS’ improvement and the move back towards public schools by younger families. In either scenario the news is good news.

Bottom line, the excuses for not living in the City continue to go away in Cincinnati.

Related readings on UrbanCincy:
Cincinnati Public Schools making the grade
Get off the juice