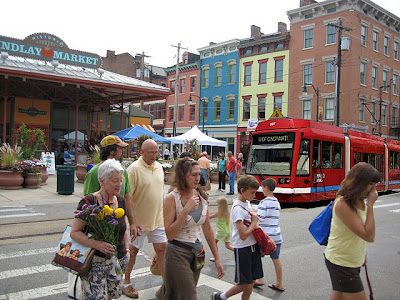 Ohio Governor Ted Strickland recently announced the first round of Advanced Energy Centers of Excellence, and on that list was the University of Cincinnati’s Sustaining the Urban Environment (SUE) along with eight other centers across the state. The announcement comes after the SUE Center of Excellence won the National Science Foundation 2009-2010 Award for its “Economic Development through Green Entrepreneurship (EDGE)” initiative.

According to the University of Cincinnati, the prestigious honor will place the Sustaining the Urban Environment Center of Excellence in a leadership position for improving the health and wealth of Ohio’s urban residents through the development of technologies that promote the evolution of economically and environmentally sustainable urban regions.

According to the U.S. Census Bureau, more than 80 percent of the U.S. population lives within urban environments. These megacities and urban regions consume large amounts of natural resources to satisfy energy demands, and as a result, the SUE Center of Excellence (blog) has a goal to design for life and work in a manner that sustains the environment and resources for the benefit of present and future generations.

To accomplish this, the SUE Center of Excellence has developed partnerships with Cincinnati-area businesses to help identify potential sustainability solutions. The SUE Center of Excellence will also continue to study how urban infrastructure and environmental policies affect the long-term health and wealth of cities; and will continue examine scientific metrics, policies and technologies that, “promote the evolution of economically and environmentally sustainable urban regions.”