A number of City Council members seem poised to take on the billboard industry in Cincinnati. Councilman Chris Bortz thinks billboards, along with those advertising benches at bus stops and racks that hold newspapers, cut into Cincinnati’s overall curb appeal. I would strongly agree with that notion. The problem doesn’t lie with the stance, but rather the billboard powers at be. Taking on this industry has proven to be a very difficult task to say the least.

For some communities its the superfluous newspaper stands and bus benches that restrict pedestrian flow/activity in their business districts. For others its the brightly illuminated billboards that prove to be undesirable for residents living nearby. Not to mention these billboards are almost always an eyesore for everyone who has to see them on a regular basis.

Maybe what the city should do is look into creating a streetscaping plan that requires all streetscaping items to have a specific look/appeal to them (much like what is done for lighting and signage). This has been done recently in places like NYC and Toronto, where they are striving to improve the curb appeal of their cities by creating coordinated street-furniture plans.

An important piece to this effort, in my opinion, is that the city include the neighborhood business districts that make the city special and not just put it into action downtown. Downtown is great, but these neighborhood centers are the foundation of our great city. I’m sure they will lend much support to this effort!

Well Cincinnati Public Schools have been cutting their budget to make ends meet. There are multiple things we could blame for this…state funding (or lack thereof), the diminishing tax base of CPS, or possibly poor management of funds by the district. But it seems that as of late CPS has started to get their act together. Their State Academic Rating has risen and is considered one of the best ‘urban school districts’ in the State of Ohio. And like I said, they are looking at ways to trim the budget, but at some point you have to realize what you are trimming and the potential fallout from those decisions.

CPS was one of the earliest recipients of Save the Music funding (VH1 headed project) is set to become of the first districts, in the nation, to have all of their elementary schools equipped with instruments/equipment by Save the Music. However, part of the agreement is that the schools partnered with Save the Music must have a music program and therefore a music teacher on staff (makes sense). However, CPS has cut music teachers at some of their schools partnered with Save the Music, therefore putting the relationship in jeopardy. This could make CPS the first example of Save the Music having to revoke instruments/equipment do to a breach of contract.

It doesn’t take much vision/foresight to realize the importance of fine arts as part of the curriculum. It also doesn’t seem to be too difficult to understand that by saving roughly $56,000 a year (average teacher salary for CPS), puts an entire program at risk. Spend the 56k and ensure the future of music education for inner-city youths. VH1 Save the Music is paying for the darn program…all CPS has to do is employ a music teacher…56k doesn’t seem to much to ask for.

This is a collection of photos (45 in slideshow) of the beautiful University of Cincinnati (Main Campus). Some of these images are older than others, but none dating back any further than a year or so.

Well downtown today heard the announcement that Jalepenos will be closing after being open a mere three months. It seems like some weeks the good news does not stop coming, others you just can’t seem to stop the bleeding.

Downtown is coming off of a few solid weeks of good news. Two law firms and KeyBank announced expansion plans for their downtown offices, the streetcar route has been decided upon, The Banks is getting ready to move forward (for real), and a couple more tenants were announced for Fountain Square. However, this week is one of those weeks that downtown advocates are probably ready to be over.

Now don’t get me wrong; it hasn’t been a terrible week, just not a good one. After the momentum that downtown has building it hurts when you hear any bad news…it seemingly stops that momentum in its tracks. So downtown will take this hit, brush itself off and get ready for the upcoming week. I bet more good news is in store, but then again my view on downtown is that the sun will always come up tomorrow. 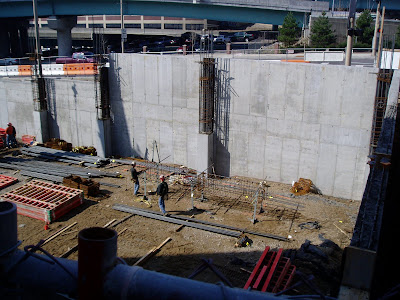 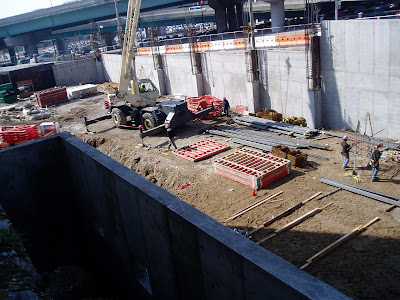