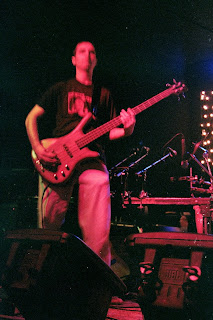 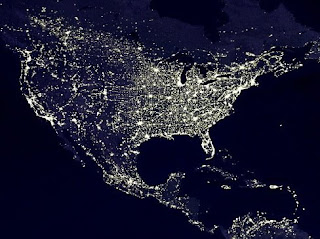 Tonight, take a look into the sky. Your view will be very different than that of someone a century ago. You will likely see a lot more light, and a lot fewer stars, than our ancestors would have seen.

An unfortunate side effect of our modern industrial society is light pollution. Unlike the contamination of our air or water, light pollution is one type of contamination people may not think about or take very seriously. But over-illumination causes a variety of issues, such as an annoying nighttime glow, unnecessary energy usage, problems for astronomers, and even human health problems like reduced visual acuity and increased fatigue. Like our air and water, our dark night sky is a natural resource that we must work together to preserve.

Today marks the beginning of National Dark-Sky Week (April 20-26, 2009). This annual event encourages Americans to audit their outdoor light fixtures and reduce their contribution to this problem. To help, you can turn off any unnecessary lights and make sure the rest are aimed toward the ground and are only as bright as necessary. Maybe even consider purchasing a directional shade to prevent your fixtures from spilling light upward.

One emerging technology that may help reduce light pollution is LED lighting. Although LED bulbs last longer and use less energy than incandescent or even CFL bulbs, their highly-directional light is typically seen as a drawback. In the case of outdoor lighting, directionality could be a benefit, as less light leaks up to the sky.

Although it may seem minor in comparison to other pressing issues, it’s easy to make a small step toward reducing light pollution and improving public quality of life. This National Dark-Sky Week, take a moment to think about the simple things you can do to reduce your impact. 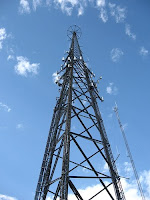 One of Cincinnati’s great unique assets is Media Bridges, our community media center. The non-profit organization operates four of the city’s public access television channels and broadcasts an Internet radio station, The Bridge.

Beginning August 1, Media Bridges will be adding yet another outlet as they launch Radio Free Queen City. This new low-power station, officially known as WVQC-LP, will broadcast on 95.7 FM. It will feature content produced by volunteers, focusing on issues, arts, and culture relevant to the community. The station will air city council meetings, some alternative national programming, and Spanish-language news. Media Bridges says WVQC will not duplicate the programming of other Cincinnati-area stations.

Media Bridges first applied for a license to operate an FM station in 2001, and the FCC granted the license last year. A campaign has been launched to raise the $127,000 needed to purchase the transmitter, build a new radio studio at Media Bridges’ Over-the-Rhine location, and fund the station’s first year of operation. Once operational, the FM signal will cover a 3-5 mile radius, and will presumably be streamed online for those outside the core of the city.

Cincinnati is currently served by another non-profit volunteer radio station, the East Walnut Hills-based WAIF, which has been surrounded by controversy in recent years. 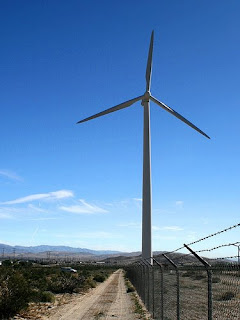